“Two of the greatest albums of all time...” 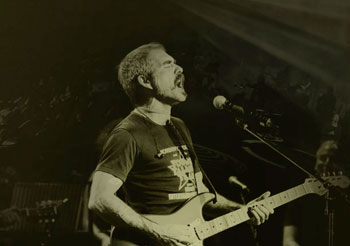 Never performed live in their time, these two iconic albums come to life in their entirety, in original track order with a 15-piece Band and four extraordinary rock performers whose combined experience spans several decades and the vast spectrum of styles the Beatles catalogue demands.

The Beatles’ 1967 masterwork of Sgt Peppers created a psychedelic revolution with the dream visions of Lucy in the Sky with Diamonds and Within You Without You and the orchestra grandeur of She’s Leaving Home and A Day In The Life.

Two years later, Abbey Road was the epic finale that encapsulated the band’s monumental legacy, from the raw grit of Come Together, the majesty of Something, to the audacious symphonic movement culminating in The End.

Featuring an array of Indian instruments including Tabla, Sitar and Dilruba, Back2Back is the live experience that era never saw: the bookends of the Beatles’ intense, innovative years of studio seclusion performed live in concert.

Brought to you by the creators of The White Album Concert, Rubber Soul Revolver, All You Need is Love and Let it Be.

View the Gallery The Artists

“a mammoth production layered with orchestral grandeur and old fashioned rock ‘n’ roll that spans all the colours of the psychedelic rainbow.”